On Tuesday, 8 October 2019, President Muhammadu Buhari presented the proposed 2020 budget of the Federal Government of Nigeria at the joint session of the National Assembly, Abuja.

According to the President, the budget which is titled ‘Budget of Sustaining Growth and Job Creation’, is to strengthen our macroeconomic environment; Invest in critical infrastructure, human capital development and enabling institutions, especially in key job creating sectors; Incentivize private sector investment essential to complement the Government’s development plans, policies and programs; Enhance our social investment programs to further deepen their impact on those marginalized and most vulnerable Nigerians.

However, mixed reactions met the proposed budget. The opposition party (PDP) through its National Publicity Secretary, Kola Ologbondiyan, charged the federal legislature to redirect the Appropriation Bill in the interest of Nigerians. He further said that the proposed budget would further impoverish Nigerians and that it was full of false performance indices, stating that the President failed to give account of the handling of the 2019 Appropriations Act.

UK-based accountant and finance professional, Feyi Faweyinmi, commended the decision of the federal government to increase VAT from 5% to 7.5%, noting that public finances in the country are so bad that there are no good options.

The proposed increase in VAT will be used to fund education, health & infrastructure according to the President’s speech. Indeed, it is strange that the Federal Government based the 2020 budget strongly on the expectations of a hike in VAT. The question is: Did anybody reckon that the National Assembly, which has the final say as to whether VAT would be increased or not, could decline to amend the enabling law, the VAT Act? Certainly, if the VAT Act is not amended to accommodate the 7.5 per cent projected rate, there will not be an increase and government would not meet its projected VAT income. 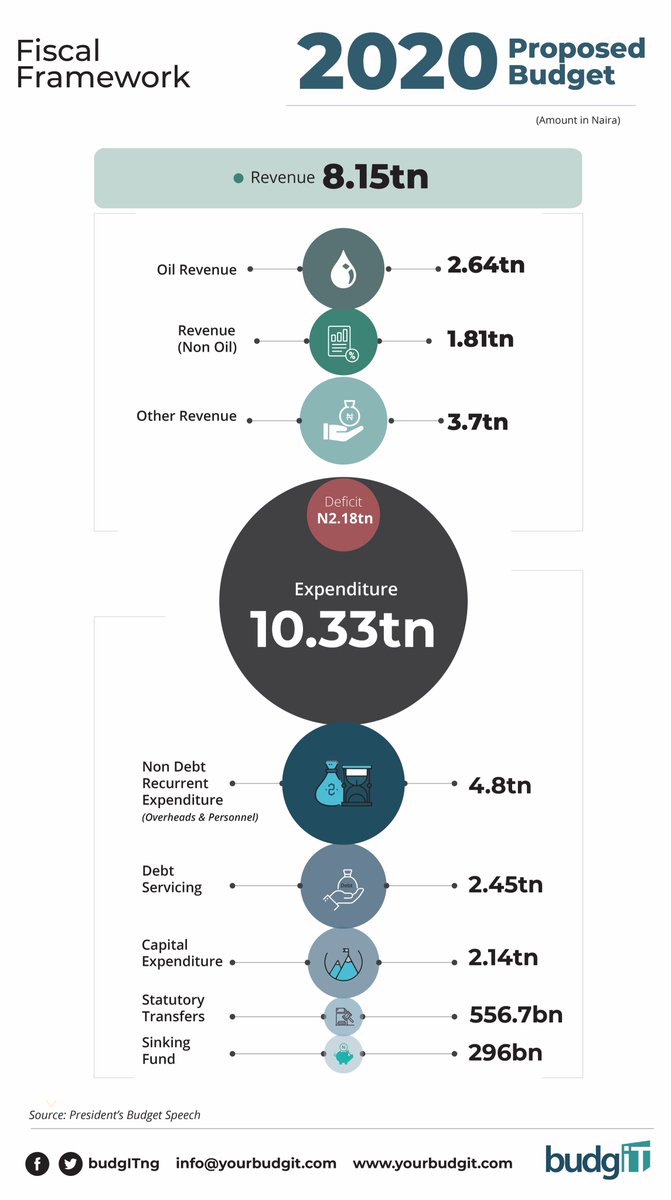 It is one thing to propose a budget and another thing to implement the budget. What is the percentage of implementation of previous budgets? In situations where implementation is less than 75 per cent, the whole exercise is meaningless. Of all the allocations for the respective ministries, what percentage will eventually be released for the execution of their projects? Where budgeted funds are not realized and where they are realized but not released for use, the country is going nowhere.

Importantly, the Federal Government must do something about the cost of governance. It is good that President Buhari has announced the slash of estacodes or travel allowances for government officials on assignment abroad as well as reduction in the size of delegations travelling overseas on behalf of government. This is a step in the right direction. Government should, indeed, introduce strict austerity measures to reduce public expenditure on things that won’t grow the economy or bring about development. If we cannot increase our revenue base, we should, at least, reduce the cost of operations or expenditure. That is one of the ways to survive in a bad economy.

“With N2.18 trillion outstanding deficits already, Nigeria looks well shackled, confronted by a debt trap that leaves the future mortgaged for generations yet unborn. The government is lured into borrowing to augment its financial papers”, Ridwan Adelaja.

Already, Nigeria has approached The World Bank to borrow the sum of $2.5 billion, a loan it will most likely receive once negotiations are concluded. But even with this, the government will need to borrow additional money.